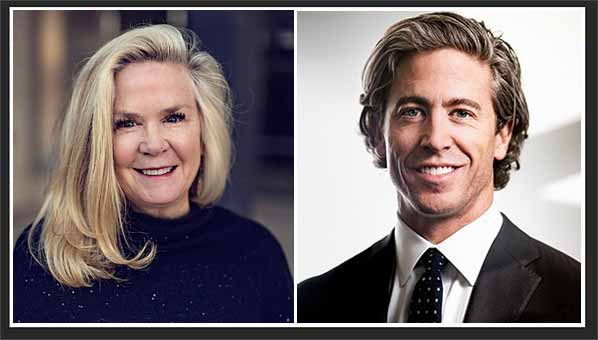 The Behr Team at Sotheby’s International Realty provides the advantage buyers and sellers need in a competitive market. Consistently ranked as the number one team in Denver and recently ranked in the top 50 in the Nation, the Behr Team has successfully brokered more than $1.5 billion in residential real estate transactions since 2000.

Linda Behr has been the market-leading broker in Denver for over 40 years and was a founding partner of the preeminent, boutique real estate firm, Fuller Towne & Country Properties, known today as LIV Sotheby’s International Realty. As one client recently stated, “Linda Behr, and The Behr Team are in an elevated category of their own – without peers”.

Over the past decade as a real estate broker, Josh Behr has helped take the Team to a new level, with insight developed during years in the lending and commercial real estate valuation fields. His expertise has brought a much-needed competency to this industry, allowing Josh to thoroughly analyze the market, develop effective strategy and proficiently communicate at a high-level with buyers and sellers.

Outside of work and as a Colorado native, Josh enjoys recreating throughout the seasons in sports such as skiing, mountain biking, fishing and hunting. The Behr Team members are active participants in local philanthropies, including First Descents and the Boys & Girls Club of Metro Denver. For the more than five years, Josh has had the distinct honor of serving on the Board of Directors for First Descents, a national nonprofit that provides free outdoor, adventure therapy for cancer fighters.

Committed to excellence and with an intimate knowledge of Denver’s finest neighborhoods, the Behr Team specializes in high-end client service and aggressive negotiation. The Behr Team has successfully brokered and consulted on a spectrum of real estate assets from Denver to Vail, Montana to California. The Behr Team’s core values and its nononsense, results-oriented approach continue to propel it forward, furthering its dominance in the Denver marketplace.